Beatty Community Church is a non-denominational congregation in a small town near the southwest edge of Nevada.

From Las Vegas, take US 95 north 115 miles to Beatty, Nevada. After the 25 MPH speed limit sign you will cross a cattle guard. Take the first left on to Cottonwood Lane. Pass the high school, then turn right at the stop sign on to A Avenue. The church is at the end of the street on the left.

From Furnace Creek, Death Valley take SR 190 north for 11 miles. Turn right and go another 9 miles to Hell's Gate. From Stovepile Wells, Death Valley, take SR 190 south (east) 7 miles. Turn left on to the Scotty's Castle road and go 1/2 mile to the Beatty road. About 6.5 miles you will come to Hell's Gate. From Hell's Gate, it is about 19 miles to Beatty. In Beatty, turn right on C Avenue, then left on Knight. The church is two block down.

From Tonopah and points north, take US 95 south to Beatty. Go 3 blocks straight past the stop light at the Exchange Club). Turn left at Irving Street, then right at Watson. The church is one block ahead.

On Line Bible and Software  --  The On Line Bible
Audio Bibles in several languages.  --  Audio Scriptures. 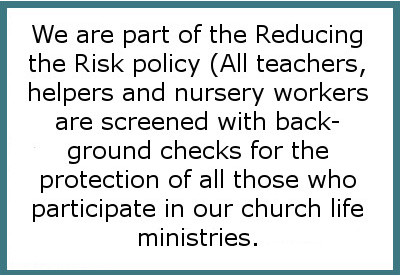